"If most people know anything about Saint Patrick, it’s that his one claim to fame is that he drove the snakes from Ireland. What most people don’t realize is that the snake is a Pagan symbol, and that the snakes referred to in the Saint Patrick mythos are not meant in the literal sense, but refer to Pagans; i.e., Saint Patrick drove the Pagans (specifically, the Celts) out of Ireland (although it could be said, and has been argued, that much has been done in Saint Patrick’s name, but that the man himself was relatively unimportant). So what is celebrated on Saint Patrick’s Day with drinking and much cavorting is, ironically, the spread of Christianity throughout Ireland and the subjugation and conversion of the Celts."

I am not only a Pagan, and a woman (who were the ones most often persecuted as witches) but also have a Celtic background, so this strongly resonates with me. Today I shall not be wearing green or a shamrock, but thinking of all the people who were pointlessly subjugated in the name of religion. 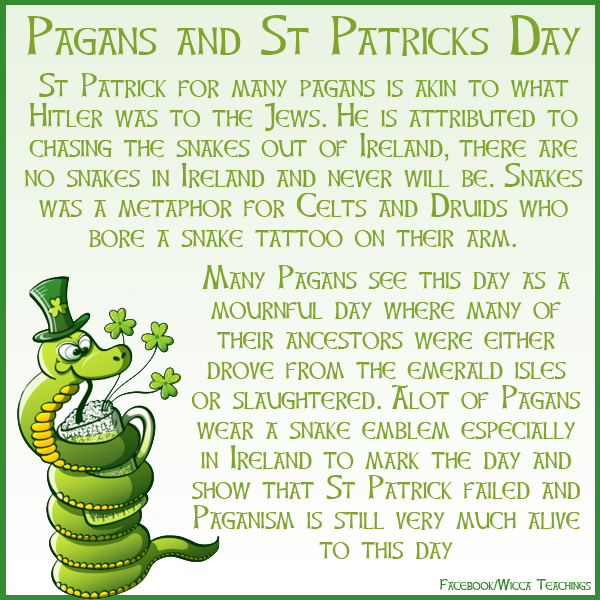