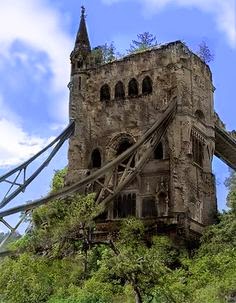 I wanted to write a modern version of Rapunzel that looked at the idea of the mother trying to protect the daughter. She may have been overprotective, but remember, Rapunzel did end up a single mother, living in the desert with twins, until the obligatory happy ending.

Warning, this story contains references to teens having sex and teen pregnancy.

I suppose they'll make me out to be a monster. That's fine. I know the real story. As I sit here behind bars, waiting for them to decide my fate, I am not sorry for the choices I made. I would do it all over again, all for my daughter.

I married young, and it was over quickly, the dream of love quickly fading to harsh reality. We were barely more than teenagers, nights of laughing over burnt meals turned to recriminations. After three years we had failed to have a child, our one great wish. It tore us apart. He left me for another woman, not even bothering to finalise the divorce before they tried for another child. I saw her in the street, her belly full and round and I could not bear the sight of their smiles.

I moved to a rural area, and started over. I no longer trusted in love, but I discovered a hidden talent. I had what they call a green thumb. I grew the largest and tastiest organic fruit and vegetables anyone had ever seen. I started merely doing it to feed myself, for I was broke after the divorce. Soon my garden was growing too much to feed me so I began to sell at the local farmers market. I would go home in the evenings, my wooden buckets empty of vegetables, but my pockets full of money. I saved the money up, I had no use for it. I had found a strange kind of contentment.

I met the Wilsons at the farmers market. A farmer and his wife. We were friendly acquaintances, greeting each other with a nod, a smile, a 'nice day, isn't it?" but never getting involved in one another's private business. It suited me. When Jackson Wilson had to go overseas for a while, to deal with his dead father's estate, I sometimes drove Rhonda home, and gave her any greens I had left over.

There was a problem with the probate, and he had been gone for more than a year when I noticed Rhonda's swollen belly. I tried to ignore it as I drove her home, not to let the pangs of failed motherhood overwhelm me, but I could not stop the feelings rising within me. When I pulled up beside her house, and helped her undo the seatbelt, Rhonda turned to me with tears in her eyes, "it's not Jackson's, I left it too late to get rid of it, and I don't know what to do!" And just as if it had been planned by some merciful God, the words slipped out of my mouth, "I will raise the child as my own, and we won't ever tell Jackson."

Several months later, I was holding the child in my arms at the hospital, beside her bed, and we were both crying, she with relief, I with joy. We registered the child as mine, father unknown.

A few months after that, Jackson returned. When he saw me at the market, he was surprised to see the baby I carried in a sling. I smiled in what I hoped was a rueful way, "the father didn't want it, but I'm so grateful for my little miracle", I told him.

Jackson leaned over to look into my baby's perfect, pink wrinkled face.

He laughed, "just like your leafy greens, how whimsical."

As Rapunzel grew older, I found myself fretting over her like a mother hen, worrying that she would hurt herself or that someone would steal her from me. I began to hate my little farm, full of holes to fall down, sharp sticks, and the occasional poisonous snake. I could not sleep at night, so frightened of what might happen to my little girl. I found myself looking through real estate magazines late at night, searching for the perfect place. I would know it when I found it.

And finally I did. It was an old housing tower a few kilometres from a small town, built for a development that never happened. It was completely empty, selling for a very low price. I took all my savings and called my lawyer. Within days, the building was mine.

I moved into the penthouse suite with Rapunzel, and barely left the house for years. I began homeschooling my daughter.

I would leave the house once a month and drive to the town to get supplies. As she got older, Rapunzel would ask me where I was going, but I would not tell her. I realise now that I was not well in the head at that time, but what happened to her after surely proves that my worries were realistic. The cruel world found her and ruined her innocence.

I still do not know how he found her. I suppose he was hiking in the countryside, when he saw the tower. It was worn and abandoned looking from the outside, most of the doors and windows boarded up. It must have looked interesting to him. Somehow he found his way inside, all the way to the top, where my Rapunzel waited, innocent of the ways of the world.

He was a handsome boy and he must have fascinated her, she who had never seen a boy before in her life. He left before I returned and I was not any the wiser. But she must have told him about the day I would leave for town, and he had been visiting for months before I caught them together.

I was halfway to town when my ramshackle old truck ran out of gas, I had to walk back to the tower for the petrol can. When I got there, the door was open. Fearing I knew not what, I raced up the stairs and through the open door. He was on top of my Rapunzel, her underwear was around her ankles. I pulled him off her, as she gasped and pulled her skirt down.

"What are you doing to my daughter?" I demanded.

"Hang on, I'm not forcing her, she wanted it!" he protested.

Rapunzel had covered herself with the rug from the back of the sofa, and her eyes were big with shock, but she spoke up, "I'm sorry mother, I knew you wouldn't approve, but we're in love, this is what people who are in love do!"

"Did he tell you that? Did you even use a condom?" I spat.

Rapunzel's eyes grew hard, "if you wanted me to know about these things, you should have told me, mother!"

The boy looked braver now, "Come on, Rapunzel, get your stuff, we're leaving, mum and dad will let you stay..."

"Don't you touch my daughter!" I beat my hands against his chest, pushing him back, and back again. I never meant to push him through the open window. I watched him try to regain his balance, then topple backwards. I suppose I could have grabbed him, but I didn't. I will never forget Rapunzel's scream.

I reported the death as an accident. Rapunzel was in bed for days, in no fit state to talk to the police. The police reprimanded me for having an unsafe house, but nothing else happened.

Until my daughter began throwing up every morning.

The day I told her she needed to get an abortion was the day she turned against me. She railed at me, told me I had murdered the father of her unborn child. I calmed her, promised I would not force her to get an abortion, and agreed to take her to town for an ultrasound.

Sitting there waiting for my pregnant teenage daughter seemed like one of the worst moments of my life. But far worse was the moment when I asked how much longer my daughter would be and was told that she had already left.

It goes without saying that I searched for her. Many months later I got a letter from out in the desert, saying she was living there now, and not to try and find her. There was no return address. She had included an ultrasound picture that showed the twins growing within her tummy. The grandchildren I would never know.

The last time I ever saw my daughter was standing in the court room, telling her story without a shake in her voice, standing proud and tall. More like me than I had ever realised.

She was never my real daughter, but I will love her until the day I die, however soon that may be. My Rapunzel, the love of my life.
Posted by Laura Morrigan at 18:49

Email ThisBlogThis!Share to TwitterShare to FacebookShare to Pinterest
Labels: fairytale, my writing, writing