Web Roundup and What is Lolita?

n. the strange wistfulness of used bookstores, which are somehow infused with the passage of time—filled with thousands of old books you’ll never have time to read, each of which is itself locked in its own era, bound and dated and papered over like an old room the author abandoned years ago, a hidden annex littered with thoughts left just as they were on the day they were captured.

Mme Polaire (link blog) sent me the following link! So lovely! Thank you!

Crocheted Neil Gaiman and Amanda Palmer dolls! And a little story about them too!

This short film is truly inspiring, keep an eye out for more of them in the future!

What is Lolita? (from Fyeah Lolita blog)
"Lolita is a fashion that originated in Japan and focuses on being feminine. Lolita fashion tends to have a distinctive silhouette, which is achieved with the use of petticoats, and often focuses on the cute or feminine, sometimes taking inspiration from antiquity.

A Lolita is someone who dresses in this fashion. A Lolita may simply dress in the fashion, they not have to act the part unless they so choose to. You are not any less of a Lolita because you do not like the taste of tea and would rather listen to Black Sabbath than Bach. The Lolita police do not come to your house and confiscate your petticoats if you swear and have tattoos.

Lolita has a lot of terms and abbreviations, if you're curious about any of them, check out this glossary.

This kind of Lolita has nothing to do with the book. I promise."

Read the rest of the article here.

Confidence, and Living Far Away From Other Lolitas (there is some great advice in here for anyone who has different interests but lives far away from others like them, or lives an a small community where their differentness is especially noticeable)

How to have your dream Lolita wardrobe (some very good tips)

How to build a Lolita wardrobe (some good advice)

A Complete Classic Lolita Wardrobe for just over $500

Gothic Lolita Lifestyle or Being Goth While Wearing Lolita

Check out this amazing cake that matches this beautiful dress! 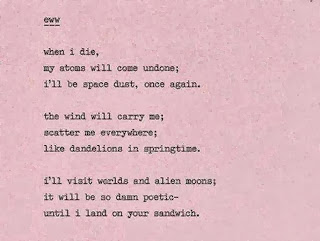