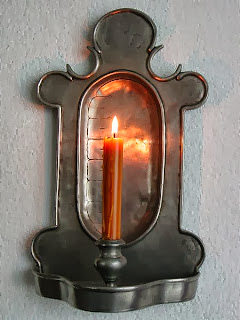 I noticed this in the front window of the secondhand shop while waiting for the bus. I only had a few minutes until to bus so I just bought it quickly. I had no idea what it was, only that it looked really interesting. When I got a chance to look at it later, I noticed measurements and Roman numbers carved into it and suspected it might be an older style way of telling time. I found this article on Wikipedia. The candle clock in the picture is very similar to mine.

From Wikipedia, the free encyclopedia
Jump to: navigation, search
A candle clock is a thin candle with consistently spaced markings (usually with numbers), that when burned, indicate the passage of periods of time. While no longer used today, candle clocks provided an effective way to tell time indoors, at night, or on a cloudy day. A candle clock could be easily transformed into a timer by sticking a heavy nail into the candle at the mark indicating the desired interval. When the wax surrounding the nail melts, the nail clatters onto a plate below.

Read the rest of the article here:

Photos of my candle clock: 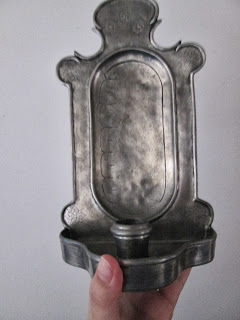 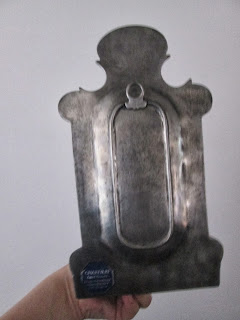 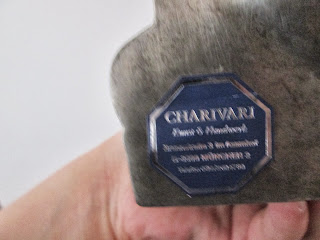 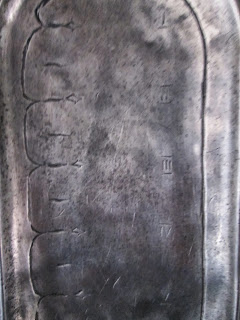