Thank you so much to everyone for all the kind comments on my dress post! I really appreciated them!

Now, without further ado, here is the web roundup! 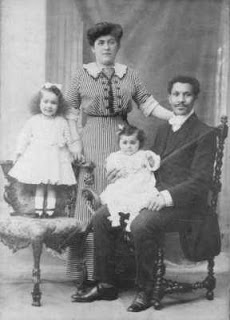 "Joseph Laroche and Juliette Lafargue were the only interracial couple aboard the Titanic. As the ship sank, Joseph stuffed his coat with money & jewelry, took his pregnant wife and children to the deck and managed to get them into a lifeboat. He gave the coat to his wife, and said: “Here, take this, you are going to need it. I’ll get another boat. God be with you. I’ll see you in New York.” Joseph died in the sinking. He was the only victim of African descent on the Titanic."


Just for fun, here is a binary code translator

A good non-permanent way to Steampunk a skirt. I have done this just with pins before and it damaged the skirt, tearing the material a little bit.

I love this delightfully dark art!

Make your own coffin DIY: Knowing how to make a coffin would be a great skill, everyone needs one sooner or later, even if it's just to eat dinner off and then rip the tablecloth off like in Interview with the Vampire or The Rocky Horror Show!

I really want this to be a cultural norm too! 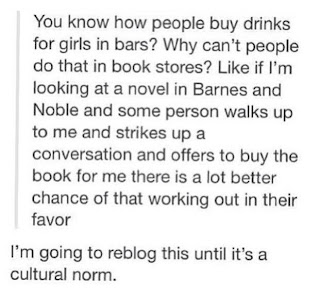 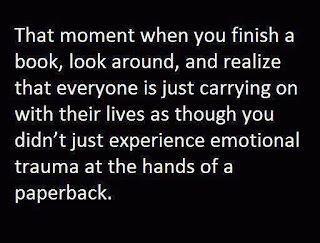 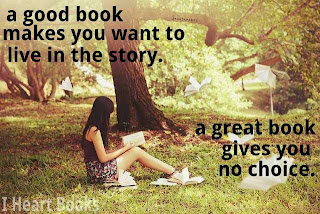 Intricately carved rosary bead from North France, circa 1500. One side Death, the other side a pair of lovers. 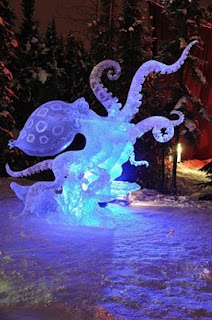 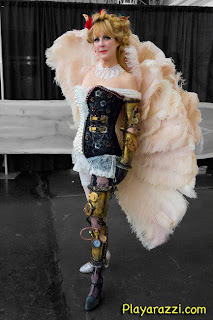 Check out this amazing Burlesque costume for Steamstock! Look at that leg brace! See the details here 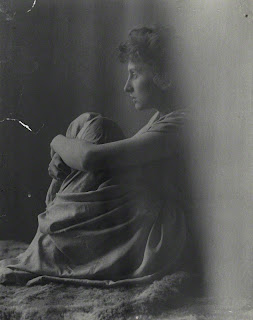 Eveleen Myers, née Tennant, was born in London in 1856, the youngest of three daughters to Charles Tennant, M.P. and Gertrude Barbara Rich Collier. Her mother, who had spent the first 24 years of her life in France, was an intimate of Flaubert, Gambetta and other influential French intellectuals. Mrs Tennant's salon in London was frequented by many of the leading members of London society, including William Gladstone, Sir John Ruskin, Alfred, Lord Tennyson and the painters George F. Watts and Edward Burne-Jones. Eveleen and her sister Dorothy played active roles in their mother's social life. Celebrated beauties, both were painted by Frederick Watts and John Everett Millais, the portraits being shown at the Royal Academy. Dorothy later married the explorer H.M. Stanley.

Eveleen Myers married the writer Frederick William Henry Myers (1843 - 1901) in 1880. The Myers moved to Leckhampton House, Cambridge which had been designed for them by the architect William C. Marshall. The house presently forms part of Corpus Christi College. Frederick and Eveleen Myers had three children, Leopold Hamilton (1881 - 1944); Silvia Constance (1883 - 1957), and Harold (1886 - 1952).

Contemporary reports suggest that Eveleen Myers took up photography in 1888 with a view to taking portraits of her children. Myers may also have been influenced by her childhood experience of being photographed by Julia Margaret Cameron during a visit to the Isle of Wight.

Her photographic work seems to have been largely accomplished in the period 1888 to the mid 1890's. Following the death of her husband, Meyers left Leckhampton, with its studio and darkroom, and devoted herself to the publication of her husband's papers.

In addition to both formal and informal photographs of her children and topographical photographs of her residence, Leckhampton House, Myers rapidly established a considerable reputation as a portrait photographer. In 1889 she produced a series of portraits of Robert Browning with images of Gladstone, Chamberlain, Balfour and Galton the following year.

Four photogravures by Myers were published 1891 as Issue 7 of Sun Artists, a journal published in eight parts between 1889 and 1891. Each Issue was devoted to the work of a single British photographer, illustrated by four hand-pulled photogravures, together with an introductory descriptive essay. Issue number 7 was devoted to Myers, with an introductory essay by John Addington Symonds.

In his essay, Symonds states "such is the excellence of her work that invaluable contributions to art... are to be expected from the mastery she has attained..". A portrait of Browning from the 1889 series was published in The Magazine of Art,1890, p.265. Myers also exhibited with the Brotherhood of the Linked Ring in the 1890's. Others were less laudatory. Jane Fletcher quotes a contemporary critic writing in the Photographic News "The Rebekah [sic]...has all the merit of good intention, but goes no further; the art does not hide the art".

Myers, as with Cameron and Alice Hughes (1857-1939), had entry to British political and intellectual elites of the period, firstly through her mother's salon in London and then through her husband's professional connections at Cambridge University. That these were, in the main, men is perhaps remarkable only to a present day audience.

The major holding of Myers' work is in the National Portrait Gallery, London which holds 29 miscellaneous prints and 2 albums containing 542 prints relating to her carer, life, family and friends. Her work was featured in Edwardian Women Photographers in the National Portrait Gallery (1954); Faking it: Between art photography and advertising, 1850-1950, National Museum of Photography, Film and Television (2004).(Shared by Christa Zaat on facebook)

Something to think about: 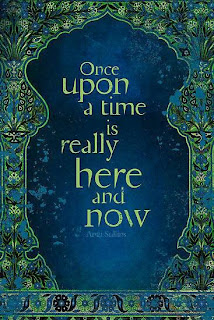 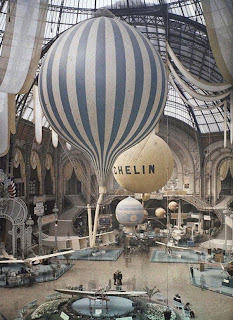 Balloon show at the Grand Palais, 1907 by Leon Gimpel 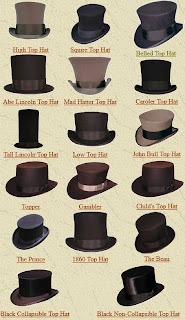 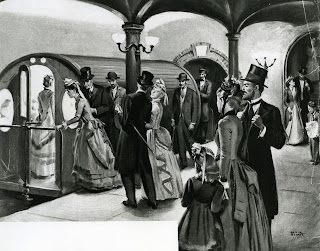 In 1870, an inventor named Alfred Beach secretly built an underground subway in New York City complete with chandeliers, upholstered seats, a fountain, and even a grand piano!
http://www.pbs.org/wgbh/amex/technology/nyunderground/secret.html 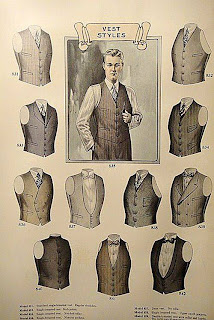 A guide to vest styles.
Posted by Laura Morrigan at 03:37