There will be some reviews soon, I am so busy working and getting ready for Steamfest!

Here is about three weeks worth of things I loved from around the internet!

Don't forget to visit the July Steampunk blog Link-up! over at Steam Ingenious! She also has some great tutorials and lists of tutorials, patterns etc. that are very useful in Steampunk! This is a very helpful post! How To Be A Steampunk in the Summer

The story behind this painting: A touching story of an artist's friendship with a young girl

'They stick up their noses at it, because they see it as mere escapism, or as childish in some way. Well, first of all, what’s so bad about escapism? Isn’t that one of the main purposes of art anyway? Isn’t looking at a beautiful painting a form of escapism too?'

' The problem is that imagination is often seen as immature, something for children that’s meant to eventually be grown out of. But isn’t that sort of attitude what’s really childish? After all, we need imagination for so many things. Einstein even said that imagination is more important than knowledge'

You call that a hat? THIS is a hat!


An artist recreates Fanny Cornforth in her art

This girl does amazing tutorials on Youtube, I especially love the Snow Queen mask and crown made with a glue gun! 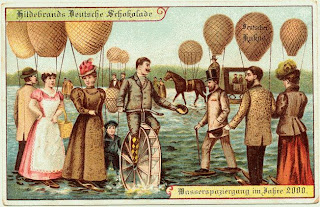 "In 1900, a German chocolate company made a series of predictions about life in the year 2000. As in French futurist cartoons of the same date, technology was expected to advance rapidly; fashion and social mores, not at all." From The Historical Detective Agency Ltd on Facebook

Contrary to popular belief, not all ladies in the past were skinny. I have seen many lovely pictures and photographs of larger ladies.

Dispelling the Myth of the Itsy Bitsy Teeny Weeny Waist 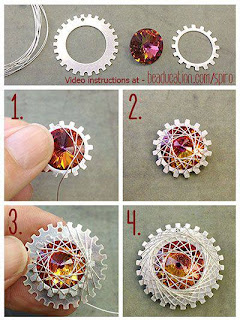 
See the link to pictures from 2012 here

A review of the Fantasy Val festival

It looks kind of like torture, but these people are actually having their bent spines fixed!

Now your stairs can look like books! Oh curse that exchange rate between Australia and Britain, I really want those! Oh well, I guess I don't have stairs anyhow!

The Nautilus Project is ready for launch!

Poignant photographs of the beautiful ruins in Detroit. I really wish I had the money to fix up the ones that are still salvageable!

Why dress down when you can dress up? Why indeed!

What a great idea this is! It is much easier to find an old cowboy hat at a second hand shop for a few dollars than it is to find a top hat! Now you can convert it!

You can also make a bonnet from a straw hat.

Westinghouse Gyrating Ceiling fan approx 1925. Westinghouse was Tesla's company. This fan is very rare and sold for $9000 American. Seen on an auction show on TV, this seems to be the only picture of it online.