Back of hair pulled up into high ponytail, split in two, plaited, curled around at top of head. 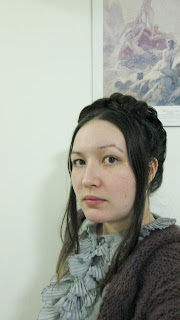 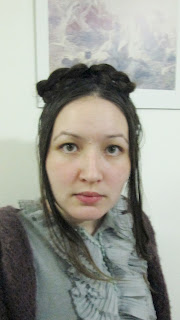 Same but made into fake Heidi braid, wrapped down and pinned at back. 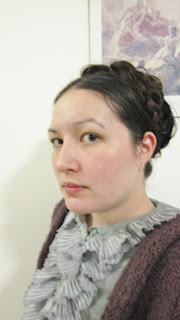 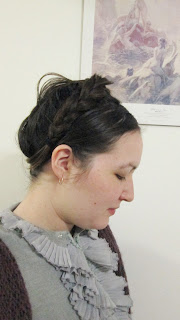 Middle portion of hair pulled up into high ponytail and pinned into weird loopy things. 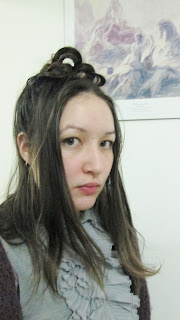 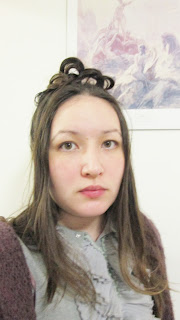 Plaits at front, pulled back, some kind of odd bunched up thing done with the rest of the hair. Random things pinned into hair, like cameo and flower. 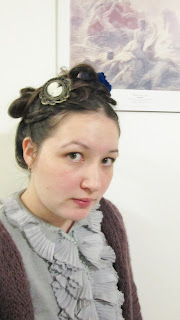 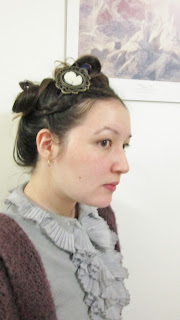 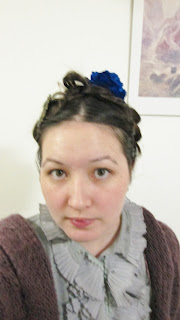