The Haunting of Hill House 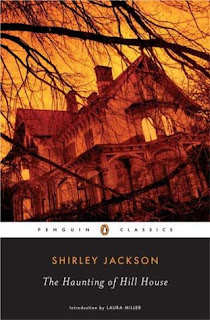 This was definitely an interesting book. I felt that it was less about the ghosts, and more about how the people interacted with each other in these situations. Their kindness, and, more often, their cruelty.

At the end, I felt like there was something I missed, it feels like there is some secret that you have to get. I felt a little unsatisfied. Maybe because I like my mysteries to be solved. The ghost story itself is never resolved, and even most of the human ones aren't either. I suppose that is a reflection of life. Also perhaps because it was from the point of view of one character, a rather innocent isolated one who didn't really understand the complex machinations of the others.

I did enjoy the juxtaposition of the sunny perfect seeming days, and the nights when everyone was stressed and angry. Everyone's personalities seemed to changeable, kind and childishly happy by day, rather spiteful and mean at night. In the end, it seemed that the people affected each other more than the house ever did. Perhaps that was the secret.
Posted by Laura Morrigan at 18:55