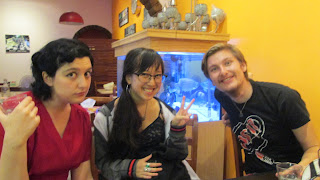 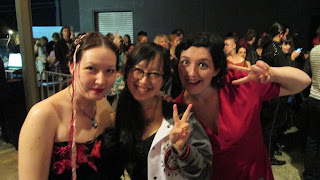 Me, Desiree and Kat. 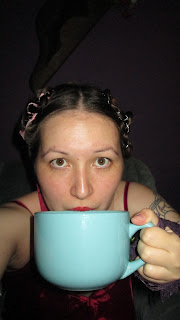 Having a huge cup of tea after.

The concert was an amazing experience, very theatrical, and it had been put together so that the songs told a story, so it was a bit like a musical. The music was amazing, Emilie is definitely one of those talented artists who still sounds so wonderful live! Veronica Varlow and Captain Maggot were great too. Veronica did an amazing feather fan dance, and they both hammed it up on stage. The show was funny, sad, moving and a total work of art. It felt like a privilege to be able to be there to witness it!

The following pictures are from my friend Emma Robson. She got some awesome pictures of the concert, I was up on the short person stair halfway down the theatre, so I could see well, but didn't get good pictures. 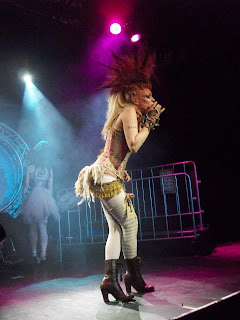 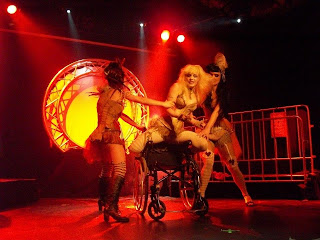 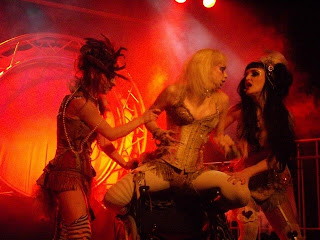 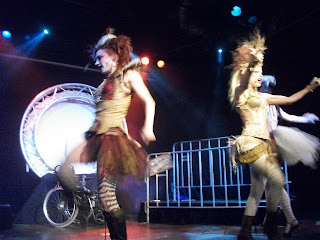 Veronica's stupendous fan dance (she is a burlesque artist and performer in 'real life'.) 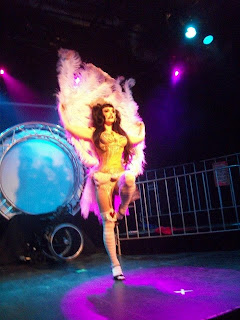 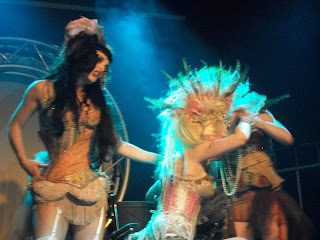 These last couple of photos of the stilt walker in Scavenger (which was veeeery creepy and awesome), I found online. It is amazingly hard to find pictures of this part, perhaps because everyone's eyes were glued to the stage. 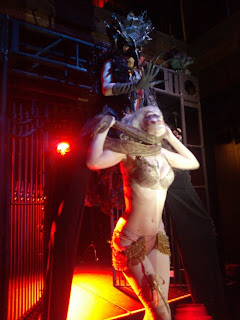 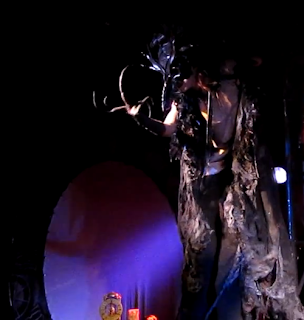