Alice In Wonderland Picnic #2 A Visit To The Graveyard

After the picnic, we visited the local graveyard. It is a very old and beautiful historical place. The entire park was actually once a graveyard, but the part we had the picnic in was turned into a park a long time ago, and the bodies dug up and moved to the smaller section that now makes up the cemetery.

We found the oldest grave, which was a lot older than the church. There were lots of other people, including families with cute dogs, running around in the cemetery, and lots of other people taking pictures. It was nice to see a graveyard filled with life, I think if the dead are still around, they appreciate the company. In the old days, people used to have markets and parties in the cemetery, and hang around there to keep their relatives company.And, of course, there were the all the disused cemeteries in London that were turned into lovely parks for the children of London to play in. 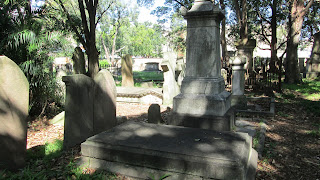 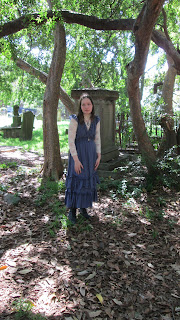 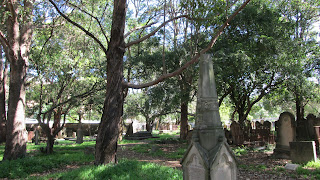 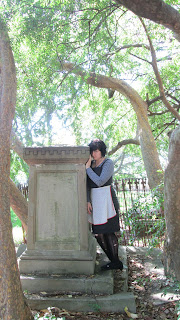 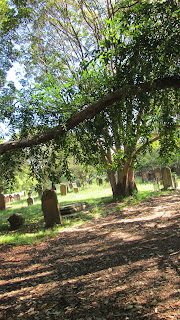 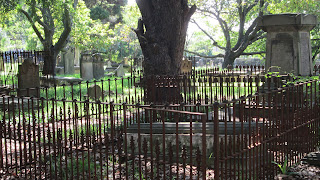 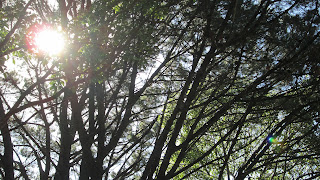 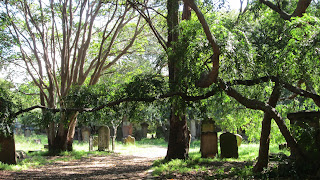 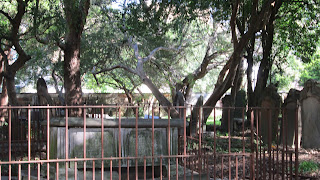 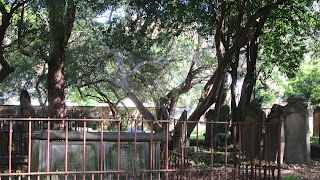 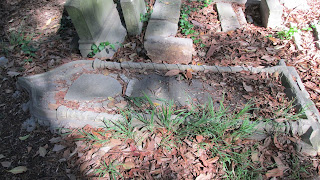 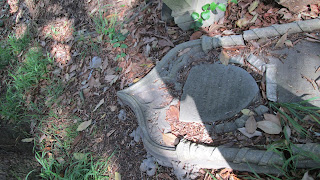 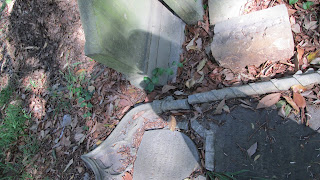 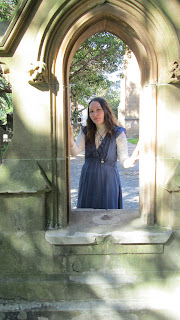 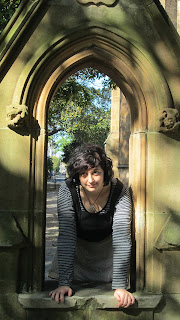 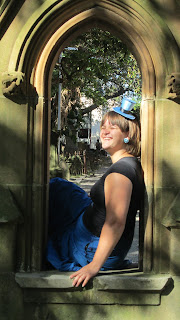 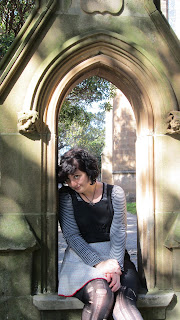 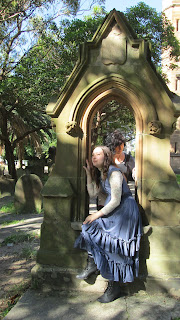 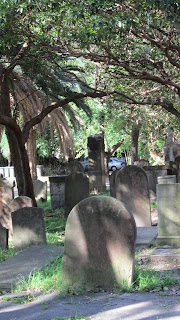 This gravestone below marks the first recorded burial in the cemetery, in 1849! 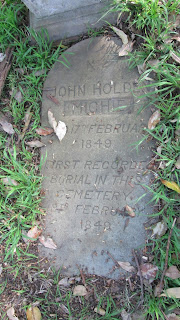 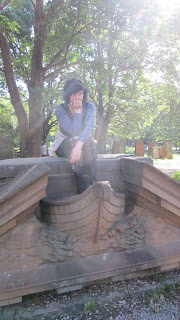 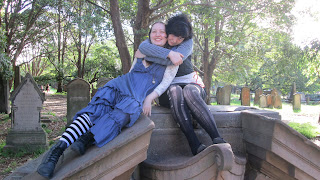 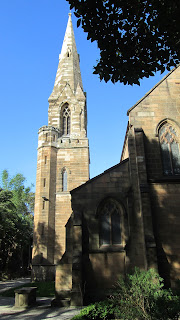 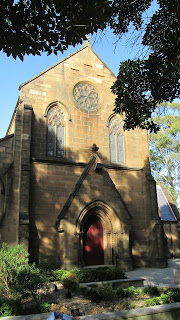 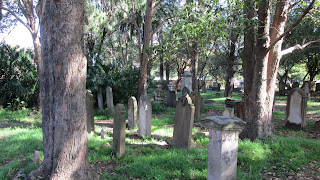 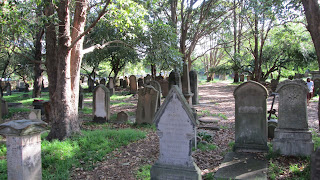 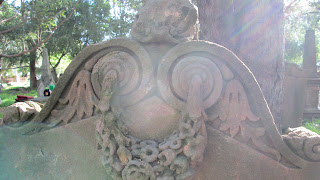