The Society of S 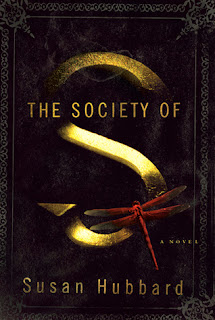 It seems are rare thing nowadays to read a young adult vampire novel that has elegance and refinement. This is surely one of those. From the beautiful sensual descriptions of the house, and the seasons, to the interesting quirky little mentions of things like synaesthesia, and her mother's liking for blue and the letter S, this novel paints a gorgeous picture.

It was very easy for me to identify with the main character who, like me, was homeschooled for the first part of her life, and was very naïve, bookish and unaware of the darkness in the world. I love that she was so sheltered both despite and because of her heritage. Couple that naivety with an unusual intelligence and the character was far from the usual teen narrator, much more fascinating and likeable.

There were a few moments that jarred for me, such as the offhand mention of anorexia and the monkey (intelligent monkeys as pets seems wrong to me), but most of it was beautifully written, and a pleasure to read.

I enjoyed the mild references to alternative culture, such as role playing, Joy Division's Dead Souls and all the music in the jukebox being Nine Inch Nails or Johnny Cash. I loved the way the character tried to work out her identity from all the books and philosophy she read, and the tales of her mother's beautiful blue themed picnic. It sounds like one of the most perfect picnics one could ever think of!

It did end a little abruptly, but most of the first books in YA series usually do, and I can't wait to pick up the second one from the bookshop to find out what happens next. There was a refreshing lack of romance in the story, no girl torn between two boys. It was really about the character's own transformation, both physical and spiritual.

The author created her own vampire mythos, picking and choosing from the already existing ideas, and adding some of her own ideas. The organisation of vampire society in this was very interesting, and I hope to learn more in the next book.

This book was entirely engrossing and very hard to put down. In some ways, it reminded me of Anne Rice's early Vampire Chronicles novels, with its examination of good and evil, and sensual storytelling (sensual as in descriptions using the senses). I look forward very much to reading the next one in this series, and would recommend it to any seeking a more intellectual young adult vampire novel.

An example of the beautiful descriptions in the book:

“She especially liked my bedside lamp, which had a five-sided porcelain shade. Unlit, the shade seemed like bumpy ivory. Lit, each panel came to life with the image of a bird: a blue jay, a cardinal, wrens, an oriole, and a dove. Kathleen turned it off and on again, several times. "How does it do that?"

"The panels are called lithophanes." I knew because I'd asked my father about the lamp, years ago. "The porcelain is carved and painted. You can see it if you look inside the shade."

“After we became a couple, she composed our time together. She planned days as if they were artistic events. One afternoon we went to Tybee Island for a picnic; we ate blueberries and drank champagne tinted with curacao and listened to Miles Davis, and when I asked the name of her perfume, she said it was L'Heure Bleue.

She talked about 'perfect moments.' One such moment happened that afternoon; she'd been napping; I lay next to her, reading. She said, 'I'll always remember the sounds of the sea and of pages turning, and the smell of L'Heure Bleue. For me they signify love.”
― Susan Hubbard, The Society of S