Season of The Witch 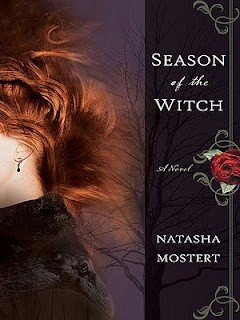 This book cleverly combines fact with fiction to create an enthralling adventure of the heart and mind.

Gabriel Blackstone once worked for Eyestorm, (a fictional British version of the real secret STARGATE project in America) where people with psychic talents were used to track down missing persons until he made a terrible mistake. All that is behind him now and he works as a hacker, a lucrative and exciting job that gives him the lifestyle he longed for as a child.

When a former lover from his Eyestorm days returns, looking for help to find her missing son-in-law, she drags him into a world he could never have imagined. He is introduced to two sisters, Minnaloushe and Morrigahn, modern day witches who create their own modern alchemy, making natural products, and selling terrifying tribal masks. He is drawn to them both.

But one of the sisters is a murderer.

I fell in love with the sisters the first time I read this book. While they may be wealthy heiresses, they are not clichés. They enjoy operas, open mike poetry, kickgoxing tournaments and graveyard picnics. Minnaloushe loves art, and has a doctorate, Morrigahn is a nature warrior who once broke her back, and an adrenaline junkie who loves bungee jumping. They are highly intelligent, delightfully mysterious, and have that edge of charming oddness that makes you unable to stop falling for them. I really wanted them to be real so I could be a part of their dreamy world.

I love the mixture of fact and fiction in this novel. Eyestorm is based on the real top secret STARGATE project in America. In the afterword, the author mentions books you can read to learn more about it. Memory palaces are also real, and I find the concept fascinating. In the last season of Sherlock, it was revealed that he used the memory palace system, which pleased me very much. I also loved all the references to witchcraft and magic in the past.

Combine that with some hacking, and the 'remote viewing' psychic powers, and you have a masterful and thrilling story. The characters all have pasts and motivations that make sense, and the rooms in the memory palace are delightfully strange and surreal.

I first read this book about four years ago, and it continues to be a favourite of mine.

You can also read this review or others on my goodreads account.
Posted by Laura Morrigan at 21:11