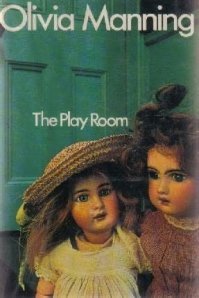 A dark coming of age story that looks at both the main character Laura's obsession with her beautiful friend, Vicky, and Vicki's obsession with a dangerous boy that leads to a terrible climax.

Nowadays, so many books seem to advertise dangerous as sexy. Twilight's heart throb Edward Cullen admits that he wants to kill his love, Bella, and that he stalks her, watching her sleep at night. I think most of us have, at some time or other, been attracted to a 'bad boy'. This book is an antidote to that.

Clarrie is a bad boy, but a really bad one, and not so charming, either, but Vicky is drawn to him. The first time she meets him, he is manhandling her naive friend Laura, and Laura is terrified, but Vicky is instantly attracted. Vicki is a placid, dreamy girl, who takes everything with a smile, and seems to not really care about anything, but she becomes drawn to Clarrie, although Laura remains terrified of him. This is all seen through the eyes of the innocent younger Laura, to whom Vicky is some kind of goddess. Laura also experiences naive romantic feelings for Vicky's handsome father, and her attempts to impress him with a foam stuffed bra are both pitiful and disturbing.

The play room of the title is something that Laura and her brother glimpsed on a trip to an island, a sinister room filled with lifesize naked dolls, owned by the disturbing "Mrs Toplady". Her story about this strange room was what earned her entrée into the society of Vicky and her best friend, even though Laura didn't really understand the story herself. The lingering sinister nature of this story remains with us, although they never go back to the island or see Mrs. Toplady again. It is also possible that the playroom is actually the world itself, and it is the cruel, powerful people like Clarrie, who play with the weak, like Laura and Vicky.

This book reminds us of the true violence and darkness that lurks behind the civilised veneer of society, and that even protective parents like Laura's mother, cannot really ever protect us from that.
Posted by Laura Morrigan at 03:55