Stories from the Aethernet

I just wanted to share a few things off the Aethernet with you.

First of all, today I discovered that Emperor Norton was a real person! Can you imagine my delight! I had read his story over and over in The Sandman comics, and I really loved the story!

Basically Joshua Norton was a man who lost his entire fortune, and possibly his wits, and declared himself emperor of the United States of America. Making his proclamation on a slow news day, it was printed, and he became a local celebrity. He actually had a few good ideas about the running of his town, San Francisco, too. He was a real character, and seemingly liked by everyone. He printed his own money and was allowed to use it as legal currency. When he died, it's said that 30 000 lined the streets to bid him farewell. He never really had any money, and was, by all accounts, entirely broke at the time of his death, despite his self-proclaimed status.

His 'visionary ideas' apparently including the forming of a League of Nations, and a suspension bridge linking San Francisco to Oakland. 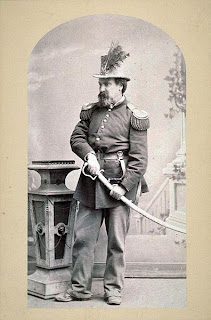 I also wanted to share with you this beautiful blog post on October decorating. Isn't it magical? I love Autumn, although for me, October is actually Spring! 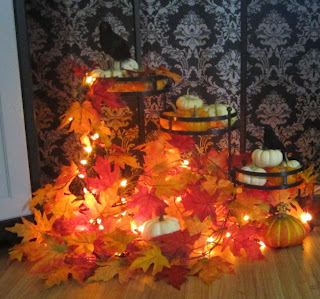 Also, I am sure I must have mentioned it before, but I am really loving this steampunk story, The Dead Isle. You can read it free online if you follow the link or buy it through Lulu. I am actually thinking of buying a few books through the book site Lulu, so if anyone has used it and has any good feedback, let me know! 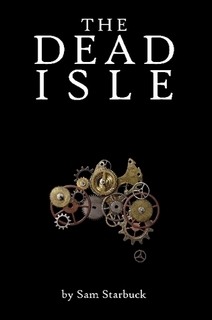 On Friday night I also attended Steam Engine IX: The Clockwise Masque, a Steampunk variety evening. I will post my outfit for that night soon. I might write a review, but it's mostly a wonderful blur, I can't wait 'til the next one!
Posted by Laura Morrigan at 23:24