The other night I saw a post on a Facebook Steampunk fashion group I belong to, mentioning that the London Paralympics closing ceremony featured Steampunk! I was very excited when I managed to catch it on the highlights on TV. It was really mostly just the beginning that was Steampunk and it's disappointing that the musical acts didn't bother to dress up, but the beginning was really epic!

Also none of the few videos that have been put up show the awesome pre-filmed into sequence, which almost made me cry with it's steamy magnificence! I am pretty mad at the moment because there are videos of Rhianna performing but not this!

I am also disappointed that there aren't many good photos online. There were some wonderful white clothed bouffant wigged acrobats hanging from hoops, among other things! Here are the few good ones I have managed to find. Hopefully more will be put up. 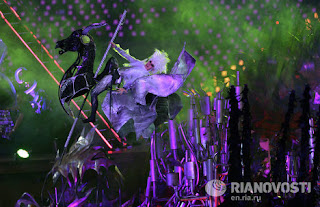 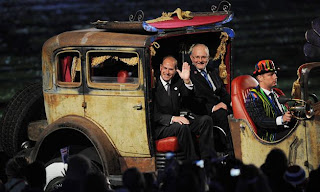 There were several of these amazing machines! I can't believe there aren't more pictures! 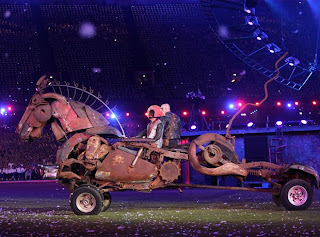