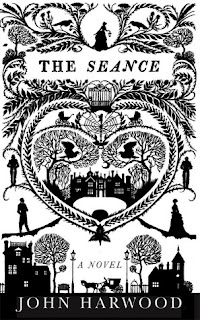 A Gothic tale of pure perfection, with cleverly interwoven plotlines and a dark mystery that is not fully revealed until the final pages! The characters were well written and sympathetic, and the story gripped me from beginning to end. Good use was made of elements that fascinated in the Victorian Era such as mesmerism, Johannes Trithemius and lightning. (The Lair of the White Worm, which I read recently, showed an fascination with the destructive powers of lighting.)

While some modern audiences may not be used to the Gothic genre, and the way the plot slowly unwinds, as well as the epistolatory form of the novel, I think it has been written as an engaging narrative that will still interest modern audiences. The ongoing mysteries are fascinating, and the final explanations very satisfying. If you are looking for something different from the obvious and gore soaked modern mysteries, this book will be a refreshing change.

This is absolutely one of my 'six out of five' books!
Posted by Laura Morrigan at 07:21