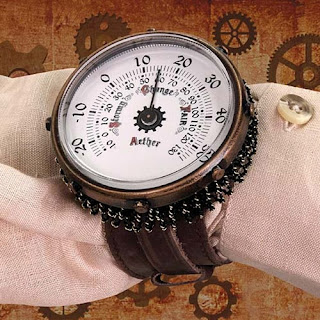 Aether:
"Philosphers and physicists have tried for millennia to define aether and prove its existence. To the Ancients the classical element  of aether was a fifth element, lighter than the element of Air, that flowed invisibly through all things and was the carrier for all forces such as light and gravity.
Victorian scientists tested an evolved form of the theory called Luminiferous Aether  which had been proposed by Sir Isaac Newton a century before. Even after an upstart named Albert Einstein pushed aside the Aether in favor of the Special Theory of Relativity, scientists heroically tried to revive it throughout the 20th Century and into the dawn of the 21st.
While Science continues to look for something to label as Aether, Steampunk science fiction keeps it alive and well in our imaginations, where the term is bandied about in Caledon as an alternative to anchronistic terms like "the Internets."
Our IMs are often assumed to be thought waves carried over the aether and shared at some mysterious Central Hub.
Since aether's properties are extremely pliable from the attempts by scientists to redefine it to prove its existence, it is extremely versatile. Aetherships such as the Gygax propel themselves through it in the Deep Space where no other forms of matter exist. It can also be concentrated into a destructive form of energy as an aether cannon or even aether swords."