Once Upon A Time- A Quick Update 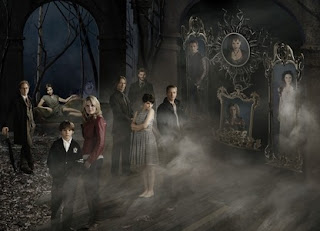 A quick update on my thoughts on the TV series Once Upon A Time.

Over the Christmas break I have been eagerly looking forward to the next episode of Once Upon A Time, although I have also been nervous about it and a little sad, given that one of my favourite characters died in Episode 7. Episode 7: The Heart Is a Lonely Hunter was the best episode so far in the series, in my opinion. Even better than the Snow White/ Prince Charming back story. It opened up a rather original feeling and fascinating back story for The Huntsman. However the ending left me sad at the outcome and feeling that more could have been told along that storyline had it not been cut off so quickly.

Episode 8: Desperate Souls finally gives us a glimpse into the past of Rumplestiltskin, and I really enjoyed that. I have been waiting for more of the story between Regina/ The Evil Queen and Snow White, which hopefully will happen soon, but in the meantime, it was really interesting to see what made Rumplestiltskin the wicked magical creature he was. I hadn't really thought about what a back story for him might entail so it was exciting to see what would happen. I enjoyed the story, but I won't give anything away. I think it gives you a lot more insight into why Rumplestiltskin is the way he is today, although it is still hard to feel sympathy for his actions. Brad Dourif, who plays Doc Cochran in Deadwood also made a stellar guest appearance in this episode.

All in all, the series is coming along well and is definitely one of the most enjoyable and well written shows at the moment.

Also apparently this is an outfit we will see Regina/ The Evil Queen wearing next week. It is truly exquisite! There are no words for how much I want this outfit! 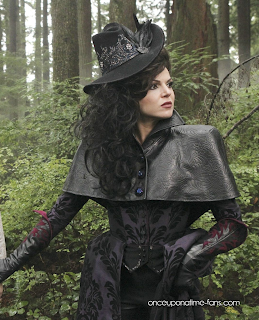