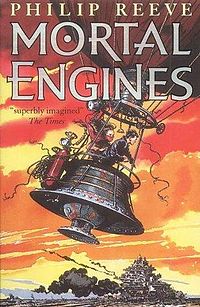 Tom is a third level apprentice in the museums of London, a city on tracks that moves across the Hunting Grounds of what was once Europe, 'eating' other cities, tearing them apart for scrap metal and resources. Tom finds his job boring and wishes he could be an airship pilot, and travel around finding artifacts of the past, like his hero, head historian, Valentine. Little does Tom know what lies beyond the peaceful sheltered world that he knows, but he will soon begin to learn...

Mortal Engines is a book set in an alternate future, when mankind has nearly destroyed itself through warfare, and those that remained took to moving cities, while searching the ground for ancient technologies of the past that are barely understood anymore. Things like computers are alien to this world, and old technologies such as 'seedys' have become collectors items and museum pieces. The airships resemble zeppelins more than planes.

I loved this world that was so painstakingly created down to the smallest detail. You really feel that you are immersed in this world, and all the different inventions and machines all fit together so well to create a believable setting. The characters were well written, I liked Miss Fang, who was mysterious and adventurous, Hester and Katherine. The main character, Tom was likeable, if a little naive. Sometimes he found it hard to deal with the truth, but he would still try to do what was right, and his unwavering loyalty to his friends was touching.

This book definitely left me wanting more, although thankfully, it did not end on a cliffhanger. I am really looking forward to reading the next in the series, Predator's Gold.

Some amazing pictures based on the books: 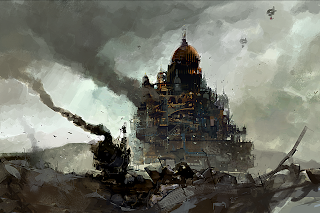 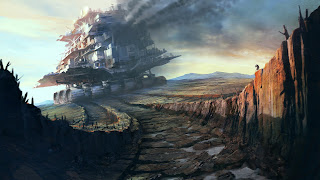 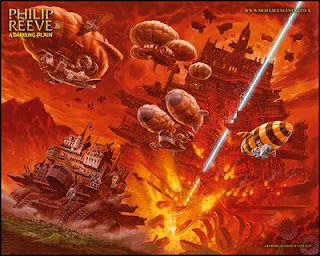