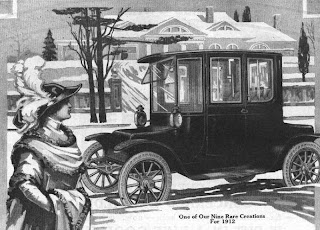 When I started reading The Lost World (by Sir Arthur Conan Doyle) the other day, I noticed mention of a conveyance called Electric Broughams. Interested, I googled it. I discovered that electric broughams were an early motor car around the 1900s. Built to look like a carriage (brougham was originally a name for a carriage), only without a horse, they had three seats.

In the Detroit Electric Brougham, the driver sat in the back next to one passenger, and the other passenger sat facing them at the front. I managed to find the most information on this. I also found pictures of others, such as the Dutch Hedag Electric Brougham, which seems to have had an open seat for the driver out the front, as on a traditional carriage. I'm sure that this would have been unpleasant during a rain storm.

I was also delighted when watching Sherlock Holmes: A Game of Shadows a few days later to see Sherlock and Watson driving in one of these. 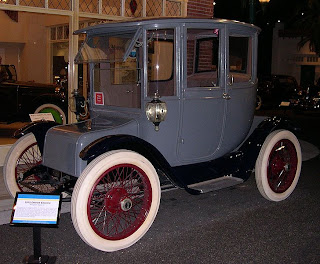 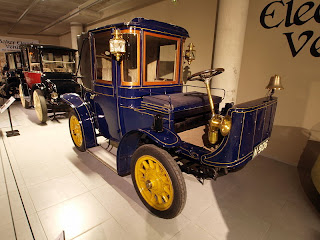