I wanted to share some of my outfits over the past year. Victorian literature and style have always been an inspiration to me, and recently I have been fascinated by Steampunk, so I have been putting together outfits based on that inspiration.

I love that I managed to get almost everything for these outfits at charity shops! 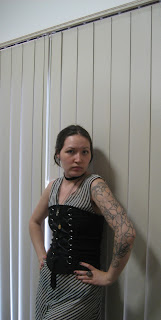 Outfit inspired by The Night Circus by Erin Morgenstern.

Black velvet ribbon around neck from the local craft and sewing shop.

Necklace made by me out of fake leather thonging, cameo pendant, ankh and old keys.

Corset top from garage sale near the Portobello markets, about 4 years ago. Really want to go back to England, and see the rest of Europe!

Black and white dress from fill a bag sale at second hand shop. It's actually several sizes too large but the corset top pulls it in so you would never know! 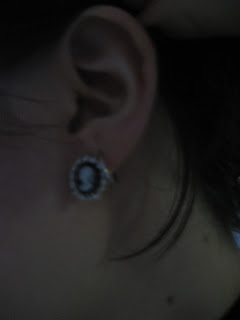 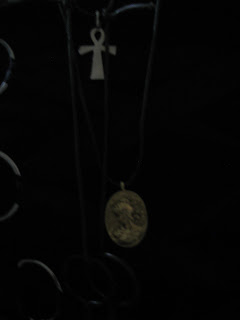 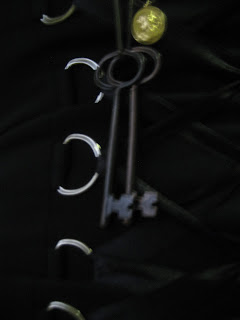 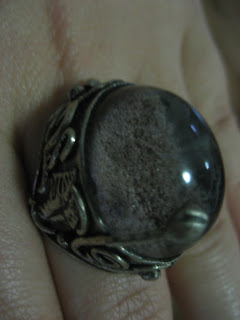 Ring from Vintage/ second hand shop. One of my favourites at the moment. 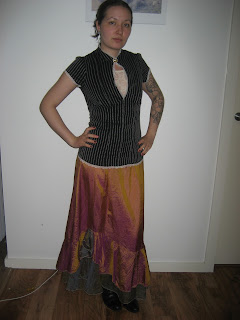 Recent outfit. All second hand items. I was really excited when I found the top, it is very Victorian and elegant. I pinned the neck with a fake pearl brooch I had from the op shop. 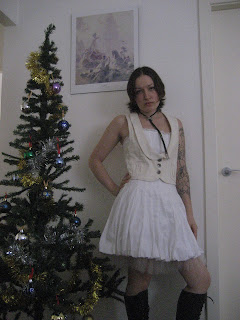 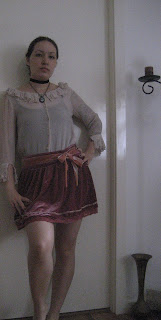 Earrings a gift from boyfriend's mother. 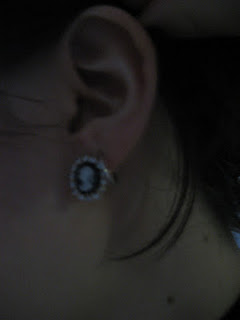 When I go out I will probably be wearing this with my kinda Victorian ankle boots. 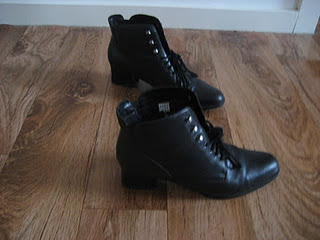 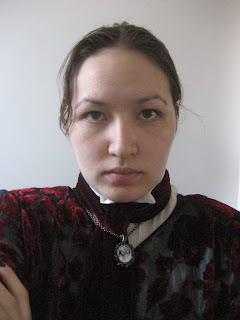 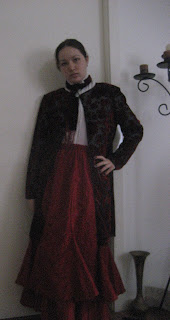 Worn with the same ankle boots I have been wearing all the time recently. 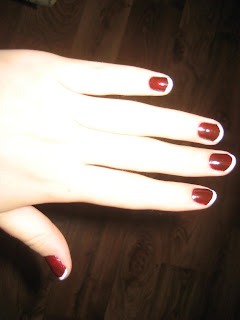 This is the nailpolish I've had for the last few days. I've been doing French tips with coloured nails for at least the last seven years. I think the first ones I did were metallic crimson with black tips. Or it might have been the other way around.
Posted by Laura Morrigan at 01:27