Characters With Your Name

Have you ever read any books where the characters have your name? I can think of a few.

The main character is a young woman called Laura who becomes the target of the vampire Carmilla's seductions. This was the first story I had found that made my name seem exciting and not just another name that was popular in the year I was born. 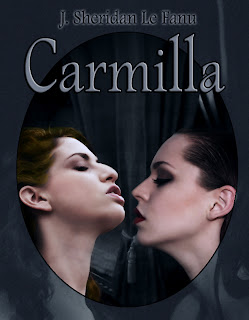 2. The Woman in White, by Wilkie Collins.

Laura Fairlie is the beautiful young heroine of this tale. She falls in love with her art tutor but is forced to marry a cruel man. There is also a mysterious woman in white who looks very much like Laura... 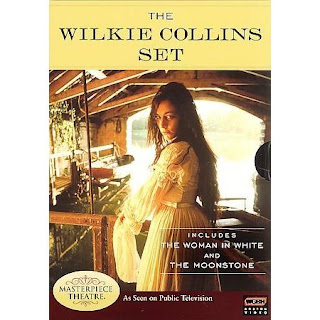 3. The Thread That Binds The Bones, by Nina Kiriki Hoffman.
Laura Bolte is a beautiful young woman who has managed to escape the clutches of her sinister family, but is forced to return home for her brother's wedding. On the way she is given a lift by taxi driver and odd job man, Tom Renfield, who lives constantly on the move, trying to keep the strange powers he possesses hidden. The two soon fall in love, and are caught up in the intrigues and magic of Laura's family. 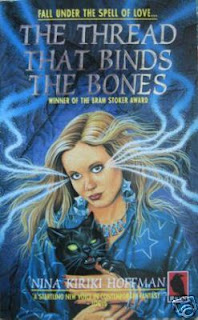 4. The Little House on the Prairie series of books by Laura Ingalls Wilder.
These stories relate the true adventures of Laura and her family growing up as pioneers in America. I had these read to me as a kid, and I remember really enjoying them. While there was a lot of happiness there were also hard times and danger, and it would have been a terrifying prospect for many young people, but Laura was always so brave and happy. She was a really admirable young woman.

The books are as follows, if you want try and find them all. I think you can now get a boxed set. 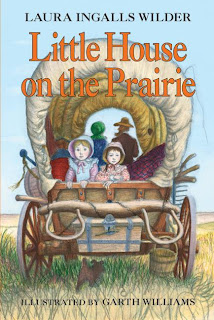 Unfortunately in modern times, the name Laura has lost some of its Gothic, magical or adventurous sensibilites and there are characters such as the bitchy racist Laura in The Craft. I want to call one of my characters Laura, in one of my stories, but it seems rather self indulgent, as it is also my name.

Do you know any book or movie characters you like that have your name? Let me know!!!
Posted by Laura Morrigan at 21:27