Why Must We Fall? From Owl City Blog

I found this by random, because it had some key words I was searching for in a movie quote. It is truly beautiful. I didn't even know there was a book of Bambi. I probably should have guessed, because many Disney films are based on other books or films, The Little Mermaid, The Fox and The Hound appears to be based very strongly on The Belstone Fox, etc. Anyway, it is well worth reading. I have included the post below. If this is from your blog and you are unhappy that I posed it, please let me know, and I will take it down.


Why Must We Fall?
"One of my favorite stories in the world is a short chapter taken from Austrian author Felix Salten’s incredible 1923 novel Bambi, a Life in the Woods. The story of the little deer itself is quite a bit darker and melancholy than the Disney movie, but if you find inspiration in anthropomorphic literature, I highly recommend it. The tale is pure, moral, sterling and virtuous — all things I find rare and unfamiliar among 95% of modern novels on today’s shelves.

Every year about the time the autumn leaves start falling, I digBambi out of my bookshelf because of a chapter concerning two introspective oak leaves entitled, Winter. It’s poignant and beautiful and I wilt and smile at the same time because Salten’s words benevolently remind me that life is fragile and even the smallest moments should be cherished dearly. I like how subjective and sobered I feel after reading the chapter.

“It isn’t the way it used to be,” said one leaf to the other.

“No,” the other leaf answered, “So many of us have fallen off tonight we’re almost the only ones left on our branch.”

“The sun seldom shines now,” sighed the second leaf, “and when it does, it gives us no warmth. We must have warmth again.”

“Can it be true,” said the first leaf, “can it really be true that others come to take our places when we’re gone, and after them still others, and more and more?”

“It is really true,” whispered the second leaf. “We can’t even begin to imagine it, it’s beyond our powers.”

“It makes me very sad,” added the first leaf.

They were silent a while. 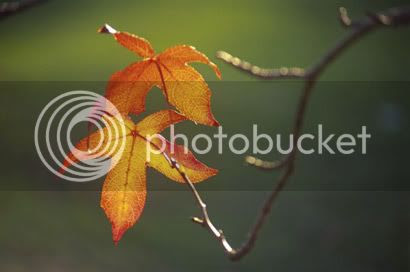 Then the first leaf said quietly to herself, “Why must we fall?”

The second leaf asked, “What happens to us when we’ve fallen?”

The first leaf answered, “I don’t know. Some say one thing, some another, but nobody knows.”
The second leaf asked, “Do we feel anything, do we know anything about ourselves when we’re down there?”

The first leaf answered, “Who knows? Not one of all those down there has ever come back to tell us about it.”

They were silent again. Then the first leaf said tenderly to the other, “Don’t worry so much about it, you’re trembling!”

“That’s nothing,” the second leaf answered, “I tremble at the least thing now. I don’t feel so sure of my hold as I used to.”

“Let’s not talk anymore about such things,” said the first leaf.

The other replied, “No, we’ll let be. But — what else shall we talk about?” She was silent, but went on after a little while. “Which of us will… which of us will go first?”

“There’s still plenty of time to worry about that,” the other leaf assured her. “Lets remember how beautiful it was, how wonderful, when the sun came out and shone so warmly that we thought we’d burst with life. Do you remember? And the morning dew and the mild and splendid nights?”

“Now the nights are dreadful,” the second leaf complained, “and there is no end to them.”

“We shouldn’t complain,” said the first leaf gently. “We’ve outlived many, many others.”

“Have I changed much?” asked the second leaf shyly but determinedly.

“Not in the least,” the first leaf assured her. “You only think so because I’ve got to be so yellow and ugly. But it’s different in your case.”

“No, really!” the first leaf exclaimed eagerly, “believe me, you’re as lovely as the day you were born. Here and there may be a little yellow spot, but it’s hardly noticeable and only makes you handsomer, believe me.”

“Thanks,” whispered the second leaf, quite touched. I don’t believe you, not altogether, but I thank you because you’re so kind. You’ve always been so kind to me. I’m just beginning to understand how kind you are.

“Hush,” said the other leaf, and kept silent herself, for she was too troubled to talk anymore.

Then they were both silent. Hours passed.

A moist wind blew, cold and hostile through the treetops.

And then her voice broke off. She was torn from her place and spun down. 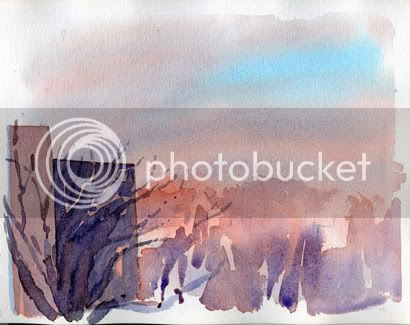